Temp (River):
Average of 17şC – 19şC
Water Clarity:
Mostly clear water.
Water Level:
82.70%
Rainfall:
18.0mm
Fishing Area:
From Mpalane Bay, in front of Nkwazi Lake Lodge, Pump Station, the bay as you pass the KZN Wildlife campsites, Elephant Bay in 2 - 8m of water and towards the mouth of the river where it enters the main Dam. Be careful of obstructions just below the water level.
Average Size:
Tiger Fish caught during the month ranged from 1kg – 2.3kg.
Biggest Fish:
The largest one of 2.3kg was caught trolling using a silver Rapala.
Other Conditions:
The Dam level is dropping slightly again as can be expected during winter. Although still much higher than it has been for many years during this period.
Total Tiger Fish:
An average of 69 Tiger Fish were caught off the Pongola Game Reserve boats. Rapalas and spinners were the most successful during June. Live bait also worked well, but dead bait only had limited success.
Barbel:
A few Silver Catfish and Barbel were caught while fishing for Tiger Fish, using live bait and chicken livers.
Other Species:
Silver Catfish
Bait of the Month:
Silver and orange Rapala (bright colours).
General Info:
Even though catches decreased this month, as can be expected this time of the year, anglers still had a lot of fun out on the water! 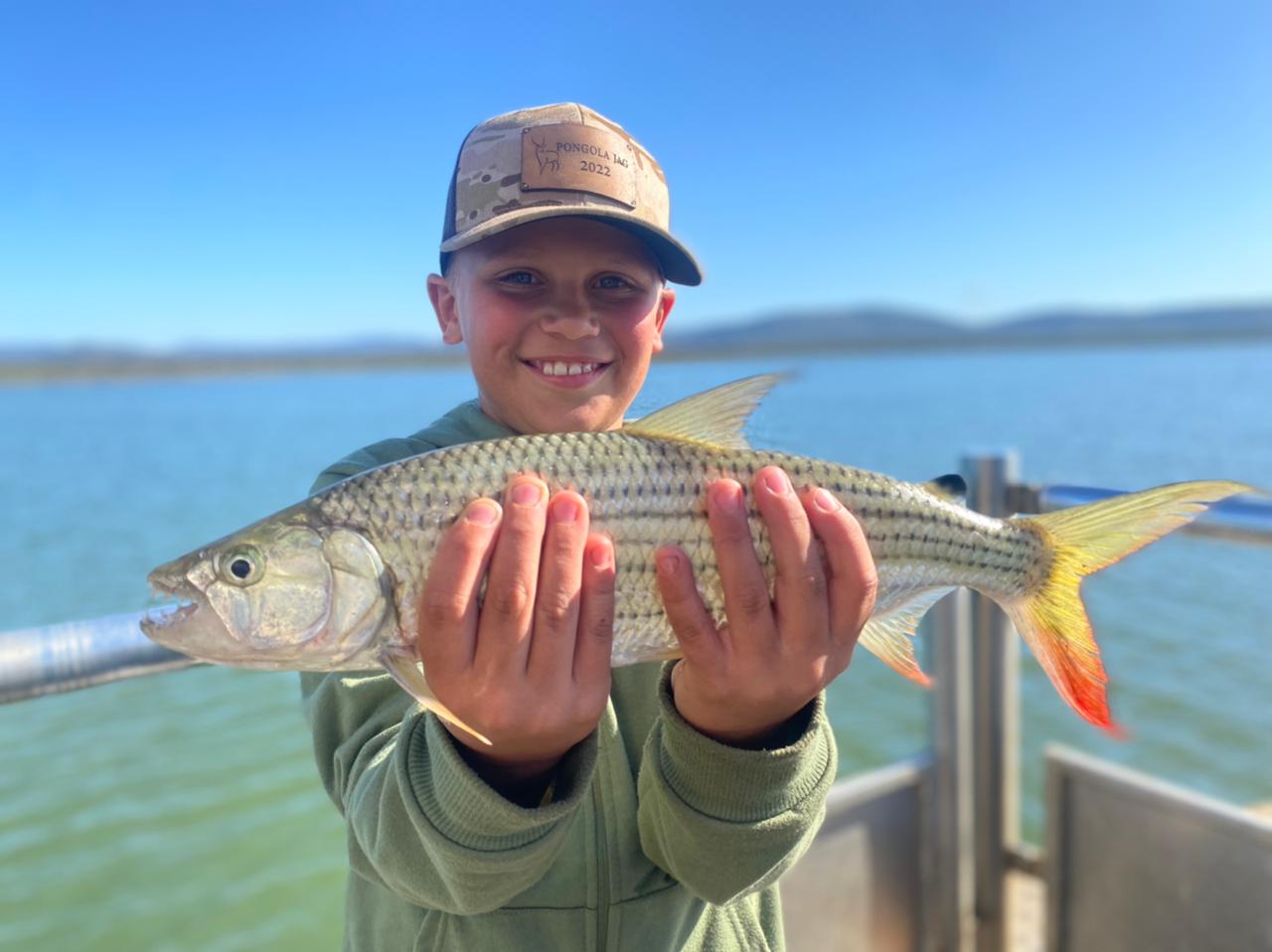