Temp (River):
Average of 17şC – 20şC
Water Clarity:
Clear water
Water Level:
53.95%
Rainfall:
3mm
Fishing Area:
From Mpalane Bay and Nkwazi jetties (be careful of tree stumps), Pump Station, the bay as you pass the KZN Wildlife campsites towards the border, Elephant Bay in 3- 6m of water and towards the mountain near the trees in the water. Just be careful of tree stumps in the water.
Average Size:
Tiger Fish caught during the month ranged from 1kg – 4.4kg.
Biggest Fish:
The largest one of 4.4kg was caught on a Rapala. Bait fishing improved this month proving successful.
Other Conditions:
The Dam level has decreased slightly again since last month. Hopefully we will get a good rain season to bring the dam level up again.
Total Tiger Fish:
Fishing improved this month due to the warmer water temperatures. An average of 137 Tiger Fish were caught off the Pongola Game Reserve boats. Fly fisherman did well this month catching 376 Tiger Fish. Spoons, Rapalas and other artificial bait were the most successful methods used. Live bait, sardines and chicken livers also worked.
Barbel:
A few Barbel were also caught while fishing for Tiger Fish using sardines and chicken hearts.
Bait of the Month:
Trolling with bright coloured Rapalas was very successful.
General Info:
The fishing is improving nicely as we move into the summer season, book now so that you don’t miss out on a great experience. 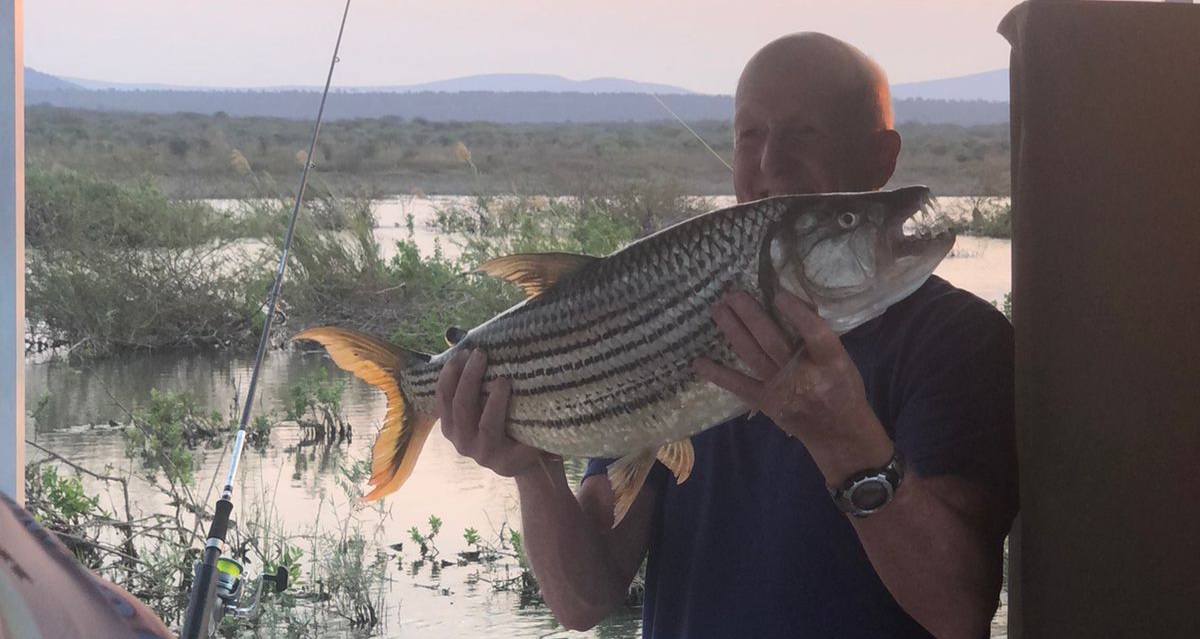