Temp (River):
Average of 21şC – 29şC
Water Clarity:
Clear water, but murky in the shallows
Water Level:
38.97%
Rainfall:
41.5mm
Fishing Area:
The bay on the right as you pass where the Fish Eagle Safari Boat is moored, Pump Station, the bay as you pass the KZN Wildlife campsites towards the border, Elephant Bay in 3- 5m of water and towards the mountain near the trees in the water. Elephant Bay was the most popular fishing spot.
Average Size:
Tiger Fish caught during the month ranged from 1kg – 3.1kg.
Biggest Fish:
The largest one of 3.1kg was caught on sardine. Chicken livers, chicken hearts and live bait were also successful.
Other Conditions:
The Dam level is still continuing to drop, but we remain positive that it will start increasing as we move deeper into the summer season. Although we have received some rain it has been far below average so far. Be careful of tree stumps and structures that may be protruding from or just below the water level.
Total Tiger Fish:
An average of 755 Tiger Fish were caught this month off the Pongola Game Reserve boats.
Barbel:
20
Other Species:
A few Barbel and Bream were also caught while fishing for Tiger Fish. Worms were very successful for Bream.
Bait of the Month:
Sardines & Chicken Livers
General Info:
Tiger Fishing is for the Young and the Old (Or should we say experienced 😊)! Below is a photo of a fish caught by 91-year-old Father of Bruce Lowe off one of our Jacana Boats! Congratulations. 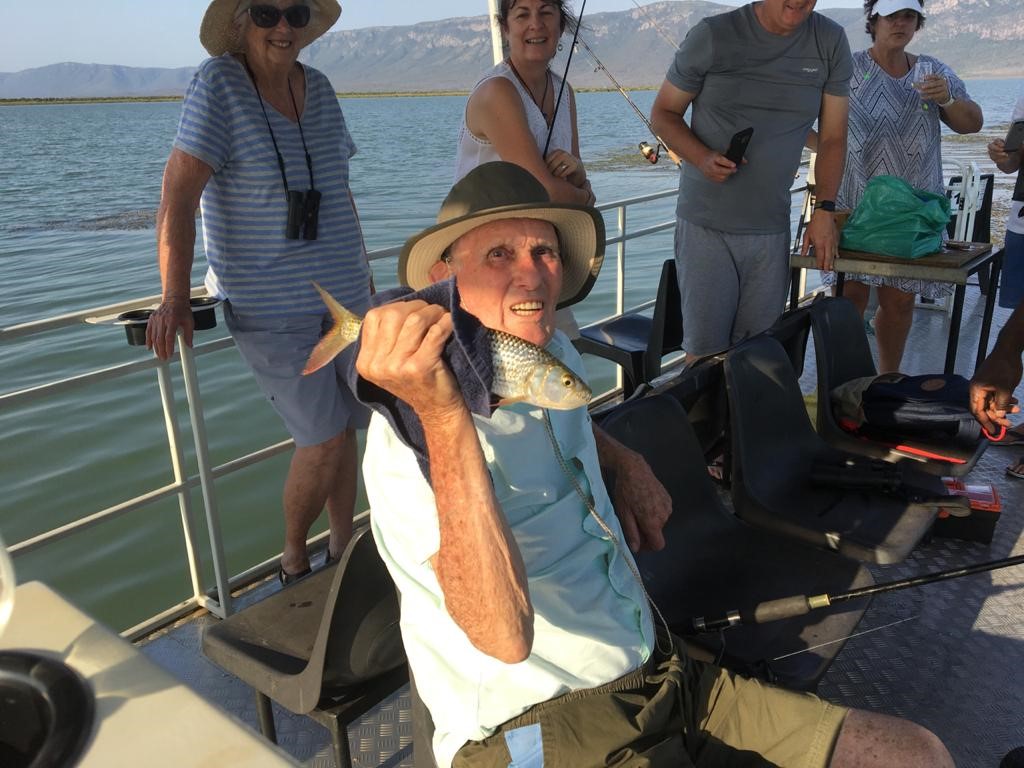